Our graduates have wonderful stories to tell and we are proud to share some of them with you. 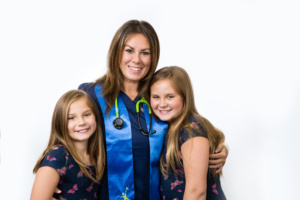 Jennifer has dealt with personal and professional struggles while raising her two young daughters. Jennifer was working for her ex-father-in-law’s company and they had laid her off. The week she came to BCOC was her last week of unemployment. She was raising her two young daughter’s on child support alone.  She had dreams of becoming a Cardiac Nurse and wanted to enroll for her pre-requisites at BCCC.  She received the Gateway Scholarship and made the Dean’s list during her time there. She was awarded the Live your Dreams scholarship through Soroptimist, Women in Business Chamber Scholarship, Village Improvement Association Scholarship, as well as many others in transfer scholarships when she enrolled at Gwynedd Mercy University to complete her Bachelor’s in Nursing.

Jennifer graduated with her BSN in Spring of 2020 and became a Registered Nurse that July.  She was hired full-time as a Cardiac Nurse, her dream job, at a Bucks County Hospital the following month. 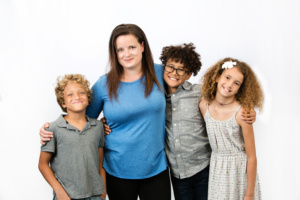 Jessica first joined the ES Program in 2018. She was living with family and sharing a room with her three small children. Jessica was working part-time cleaning homes privately but this was not always reliable. As a single mother she was the sole provider for herself and her children. Jessica faced challenging times while enrolled in the program, but they ultimately gave her the push that she needed. She worked with her coach to find a job at the County which soon would turned into a full-time position in Housekeeping. She has since moved into her own apartment. Her plans for the future include purchasing a home and returning to school to further her education to continue to increase her opportunities. 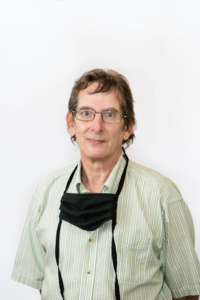 David was a client of Fresh Connect and was introduced to Street Outreach after he passed out in line from being dehydrated and not having enough to eat. David had been living in his van for 2 years which David had stated, “it had become is normal.” David was very proud and not looking for handouts. David insisted on not being housed until he found a job, and would eventually be able to pay the rent himself. As much as the Street Outreach team and other members of BCOC wanted to see David housed, we had to respect his choice. We worked closely and consistently with David gaining his trust and empowering him to get employment. The Street Outreach team then connected David to Careerlink and supported him through his journey from living in his van, to finding employment, and to finally getting housed. 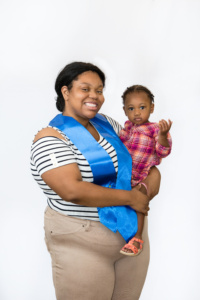 Shamia was attending the LPN orientation at Bucks County Community College. There, she learned about the Bucks County Opportunity Council’s ES program. She worked full time and is the mother to  a young daughter. She was intrigued by the program and thought it could be beneficial for her to be apart of it. Shamia contacted BCOC for more information. That same week she met with a coach and designed a plan suitable to fit her needs to get her to self-sufficiency.

Shamia expressed to Mary, her self-sufficincey coach, that she wanted to change her current living situation. She lived in an environment she didn’t want her daughter exposed to. Shamia explained that she knew a woman who was an older friend whom she had developed a trusting relationship with. Her friend suggested Shamia and her daughter temporarily stay in her home while she attended school. She contemplated the idea and decided it would be the right fit. While enrolled in the ES program, Shamia was a participated in our first ever virtual Getting ahead class. She thought the class was insightful and enjoyed connecting with other clients that shared common struggles

Shamia sustained working and attending school both full time.There was concern in the beginning that she was overextended herself, but she demonstrated beyond a doubt that she was capable. Shamia surpassed expectations in school and graduated best in class. She also passed the NCLEX exam on her first try. She is anxiously waiting for her license to arrive, then she will be ready to search for employment as an LPN. She is now settled in her own apartment and looking forward to a bright future

Shamia expressed, “diligence is the key to success.”